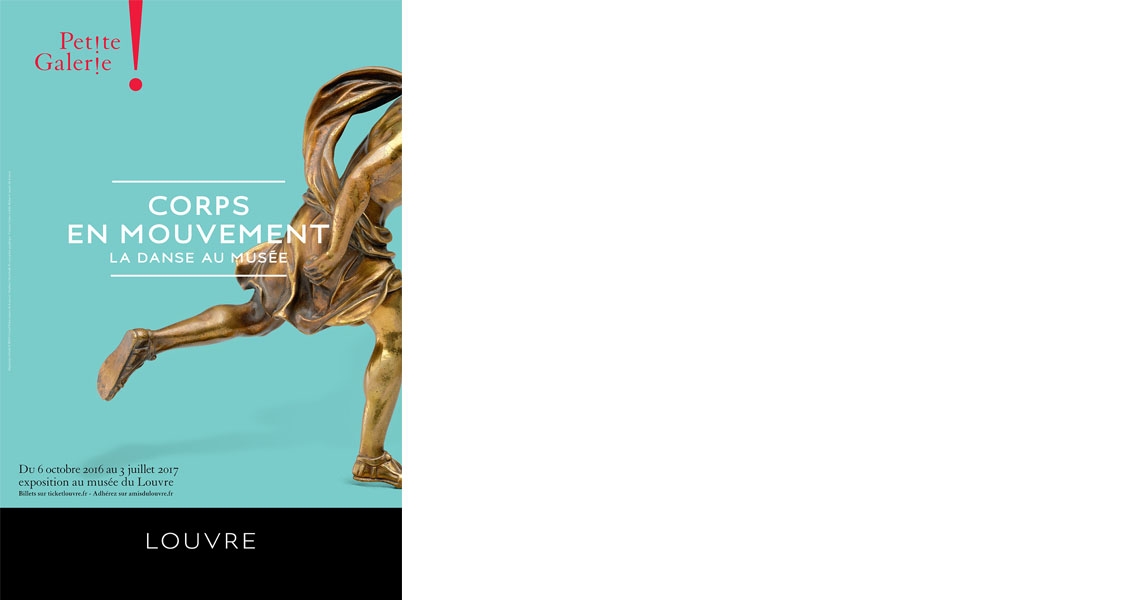 The Body in Movement

Dance and the Museum

For its second season (2016–2017) the Petite Galerie, dedicated to art and cultural education, is offering an initiation into representation of ‘The Body in Movement’.

The guest at the Musée du Louvre is one of the performing arts: dance. Observing works from the Louvre and its partners will help visitors appreciate the challenge conveying movement represents for artists, and the solutions they have come up with, using the different materials and techniques available to them.

The conventions governing the depiction of such movements and postures as walking, running and hanging – but also ‘movements of the soul’, like terror – are deciphered. Artworks are by nature static, but artists were trying to break movement down well before chronophotography came along in the late 19th century, revolutionizing the visual arts and opening up new perspectives for artists. In their efforts to capture movement, avant-garde artists like Degas and Rodin turned to the world of dance. Around 1900, influenced by Loie Fuller, Isadora Duncan, Diaghilev's Ballets Russes and star dancer Nijinsky, dance underwent its own revolution, a forerunner of the modern movement. Drawing on sources rooted in antiquity, it offered a new repertoire of gestures that broke with classical ballet. Thus choreography and the visual arts intermeshed.